Lewis Carroll scholars have recently uncovered what is being called a “lost chapter” from that authors seminal work, “Alice’s Adventures in Wonderland.”  At less than 300 words, it can hardly be considered a sizable discovery, however the importance of its content is currently being debated by devotees of the author and architect of Wonderland.

When asked whether or not the “lost chapter” would be included in any future publications of the novel, sources responded that, “From notes found among Carroll’s effects, it’s clear that the segment’s exclusion was as the author intended.” Some question the validity of this statement due to the fact that an illustration (included below) was found with the pages of the chapter.

Whatever the original intent of Lewis Carroll, we can now read the chapter for ourselves and form our own conclusions.

“The Lost Chapter in Wonderland”

As Alice stepped out from underneath the incredibly large flowers that grew so strangely from smoking metal pots that smelled of sulfur and charcoal, she gaped in awe at an enormous white house. Though, indeed, it seemed less like a house and more like a Roman mansion, a house it was confirmed to be by one of the most oddly shaped people Alice had ever met.

“Do you like it?” The little orange man asked rather brusquely.

“Oh yes, what a beautiful palace!”

“Wroooooong! It’s a house. MY house. It’s the BEST house!” His face darkened to an angry red hue as his yellow hair defied the breeze.

“Oh, my! I’m so very sorry to have offended you and your house…it’s just, I’m new here and I’ve yet to get my footing.”


“Did you say you’re ‘new’ here?” He grinned wider than the Cheshire Cat had.

“I WAS!” He interrupted.

“I THINK!!! I have the best brains in Wonderland. Ask anyone. My brains are huge and filled with all the best words. I know all the words!”

“I FEEL!!! Look at my hands! Aren’t they perfect for feeling? And grabbing things! I grab only the best things.”

“Ah, so you’re the one the Cheshire Cat warned me about. Well, I’m afraid I…”

Alice turned and ran screaming back into the forest of giant flowers, her fingers jammed deep into her ears. 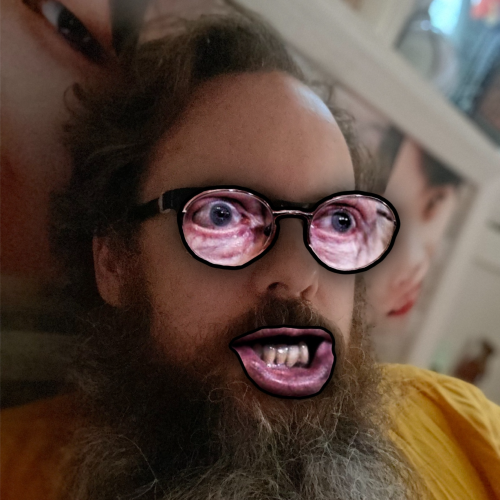