Satirist Beginning to Suspect He May Secretly Be a Prophet

Aspiring satirist Johnathon Flake expressed a growing conviction to friends and colleagues today that what he once mistook for a cynical and inappropriate sense of humor may have actually been the ability to look beyond the veil and into the future all along.

Flake, the primary content creator of tongue-in-cheek site The Flake News Network (FNN), began having his suspicions after penning an article about ardent Trump supporters filling IV bags with bleach to kill the coronavirus inside their bodies. Four days later, the president suggested during a press conference that injecting disinfectant might be a plausible treatment for the disease.

“It’s starting to be too much,” Flake remarked, absent-mindedly browsing Zillow for locations for a theoretical compound, for a theoretical religion he thinks it might be “kind of fun to found…just for shits and giggles, you know?”

“A few weeks before that, I ran a story about everyone in Congress selling off all their stock and pooling their money to found a pharmaceutical company after getting their COVID briefings. I did a fake interview where Joe Biden said eight years of working with Obama made him an arbiter of black culture. A few days ago, I joked that the doctor prescribing Trump’s meds was probably a chiropractor. He’s an osteopath. I think that’s inside the margin of error.”

Flake’s wife, who has supported him using the site as an outlet for his anger and disillusionment for the last several years, has become increasingly concerned about the mental toll consistently being right about things is taking on him.

“John’s always been about this absurdist humor, you know? It’s part of his identity. I don’t know how he’s going to handle the world actually being more ridiculous than he is. So far it’s…not promising.”

Family and friends were initially prompted to reach out to Johnathon after FNN ran a feature story consisting of only the words “Satire is dead, and I have killed it” repeated ad nauseum on an undulating red background. But Flake insists there is nothing to worry about.

“I think it’s just me stepping into my power, you know? I mean, I was literally writing a piece about how Americans were eager to get out of quarantine and resume shooting one another when the first post-pandemic mass shooting happened. I was mid-sentence! I am clearly become that which I once simply hoped to control!”

Since conducting our interview for this article, the FNN home page has been replaced with an ominous glowing pyramid sigil, atop which sits an animated gif of Flake’s eye, slowly scanning the horizon. Attempts to reach Johnathon or his family for a follow-up and clarification have been redirected to a voicemail box belonging to “The Oracle of Delphlake,” which has not returned our calls at the time of publication. 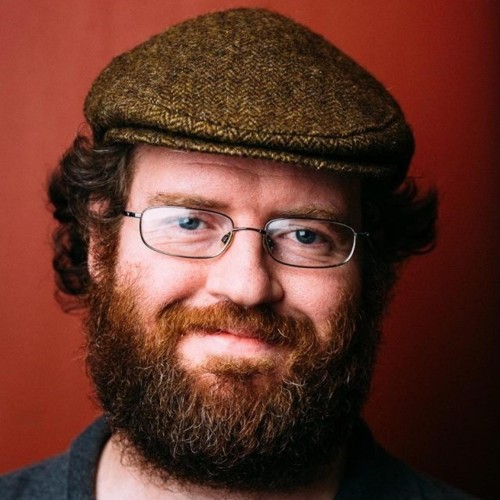 Richard Jeterhttp://www.richardjeterwrites.com
Richard Jeter has been in and out of the comedy scene for over a decade, performing a mixed bag of biting political satire, frenetic storytelling, and absurdist humor at clubs across the country. Previously based in New York City, where he was a regular at Stand Up NY and Gotham Comedy Club, Richard has also appeared as a panelist on Comedy Central's @midnight, had fiction published in three countries, and had Tweets featured in USA Today, the Los Angeles Times, and on The Today Show. Currently living near Atlanta, Richard is dabbling in screen writing and voice-over work while finishing his novel for the eleventh year running.
Share
Facebook
Twitter
Pinterest
WhatsApp
Latest news
AlternativelyFacts